What Is the Definition of Proverbs in English?

In English, there are several definitions for proverbs. Giving the word “proverb” the kind of definition that theorists require has proven challenging. Many proverb students have sought to list the basic features of proverbs.

The following definition has been offered by Mieder: “A proverb is a short, generally known sentence of the folk which contains wisdom, truth, morals, and traditional views in a metaphorical, fixed, and memorizable form and which is handed down from generation to generation”.

Norrick devised a table of distinguishing characteristics to separate proverbs from idioms, clichés, and so on.

Prahlad separates proverbs from other sorts of sayings that are closely related: “True proverbs must further be distinguished from other types of proverbial speech, e.g. proverbial phrases, Wellerisms, maxims, quotations, and proverbial comparisons.”

We can conclude by asking what is an English proverb?

A proverb is a traditional statement that communicates a perceived truth based on common sense or experience. Proverbs are frequently figurative and employ formulaic language. They constitute a folklore genre when combined.

The difference between English proverbs and proverbial phrases

They are so similar in use. “A friend to everyone is a friend to no one” and “A journey of a thousand miles begins with a single step” are examples of proverbial phrases.

What are the most used English proverbs?

The majority of English colloquialisms are made up of proverbs from the United States and the United Kingdom. Here is a list of the 50 most important English proverbs:

Meaning: Taking care of oneself leads to greater achievement and productivity.

Meaning: If one component is weak, the entire is weak.

Meaning: Because it is simple to say things, but harder to act on them and follow through, actions are a greater representation of one’s character.

Meaning: Those who begin their job early have a better chance of success.

Meaning: People who look to be dangerous rarely cause damage.

Meaning: Correcting a mistake will not help after the repercussions have occurred.

Meaning: When someone is in a bad position, he or she will seize every opportunity to escape it.

People prefer to share positive news rather than unpleasant news.

Meaning: No matter how large the task is, it begins with a little step.

Meaning: The experience of loving someone is more precious than the lack of it.

Meaning: Don’t condemn people for doing what you yourself do.

Meaning: As long as the end result is good, the issues along the road don’t matter.

Meaning: If you give someone a little bit of authority or freedom to accomplish something, they could strive to acquire a lot more.

Meaning: Children frequently resemble their parents in looks as well as behaviors.

Meaning: It’s pointless to be furious about a mistake because you can’t change what happened.

Meaning: A person who is constantly shifting jobs and locations has the advantage of having fewer obligations, but the drawback of not having a stable place to stay.

Meaning: When those we care about are not present, we love them much more.

Meaning: Think about all the repercussions before doing, especially if you can’t back out.

Meaning: Take responsibility for your faults rather than blaming others.

Meaning: People who rely on the kindness of others cannot pick and choose what they want. They must accept what is offered to them.

Meaning: The most vocal individuals are those who are foolish or dumb.

Meaning: Cowards are subjected to the dreadful effects of death several times during their life.

Meaning: Do not be ungrateful to someone who has helped you or from whom you get certain advantages, because you may lose such benefits in the future.

Meaning: Just as you cannot make a judgment about a book based just on its cover, you cannot form an opinion about someone (or something) based solely on their outer appearance.

Meaning: Don’t throw all of your energy into a single course of action, endeavor, investment, ambition, or the like, since if it fails, you’ll lose everything.

Meaning: If you don’t hear anything new about someone or something, it means everything is going fine and acceptable.

People are never happy with their own circumstances as they constantly believe that others have it better.

Meaning: You should not hurt someone who has injured you, even if you believe they deserve it.

Meaning: You cannot force someone to perform in a job for which he or she is not qualified.

Meaning: Without supervision, individuals will do anything they want, especially when it comes to disrespecting or breaking regulations.

Meaning: It is easier to persuade and try to convince people to your side via persuasion and kindness than through confrontation and intimidation.

Meaning: If someone mistreats others, he or she will ultimately be mistreated by someone else.

Meaning: When too many individuals collaborate on a project, the end result is poor.

Meaning: Good intentions are meaningless if a person’s actions result in negative consequences.

Meaning: The intended outcome is so vital that any means, including one that is ethically repulsive, can be employed to attain it.

Meaning: Just because someone doesn’t speak much doesn’t indicate they’re shallow or boring.

Meaning: Doing something repeatedly improves one’s ability to do it.

Meaning: It is simple to see what you might have done to avoid something unpleasant from happening after it has occurred.

Meaning: Laughter and good thinking will make you feel better.

Meaning: Don’t bring up a negative incident that people have forgotten about, as it may cause issues in the present.

Meaning: This proverb is used when someone refuses to do something for the second time because they had a terrible experience the previous time.

Meaning: Behave in the same way that you want others to behave.

Meaning: Some things are irreversible and you can’t take them back.

Meaning: Every unpleasant or unfavorable event can provide you with some advantage. The presence of a silver lining indicates that the sun is hidden behind the cloud and will ultimately shine through.

Meaning: Do things in the correct sequence. The appropriate sequence is ‘horse before the cart,’ not ‘cart before the horse.’

Meaning: Do not give anything precious to someone who does not appreciate it.

Meaning: Interactions with family (or blood relatives) are more powerful than other types of relationships.

Meaning: A solid start makes the rest of the job easier to complete.

Can I find an English proverbs dictionary online?

It’s originally a book. The website, on the other hand, allows you to search for proverbs by letter. This edition has been thoroughly edited and updated, and it contains several totally new entries. It also includes more coverage of foreign language proverbs that are currently in use in English.

It contains all the good proverbs in English for students who are still learning the English language. It’s convenient and easy to use and you have the choice of whether to use it online or offline.

Do you want to study common proverbs and more? Sign up for Studio English online courses and start today!

3 Comments on English Proverbs For Students With Meanings 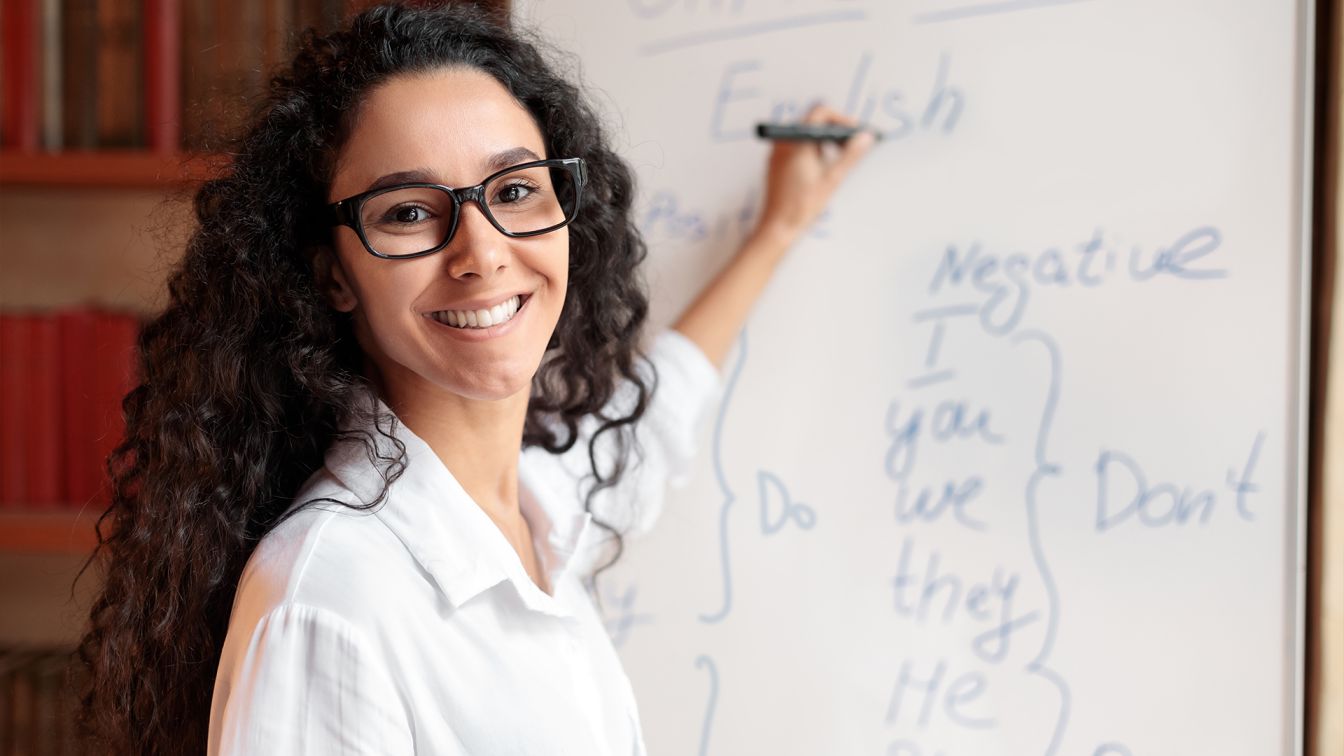 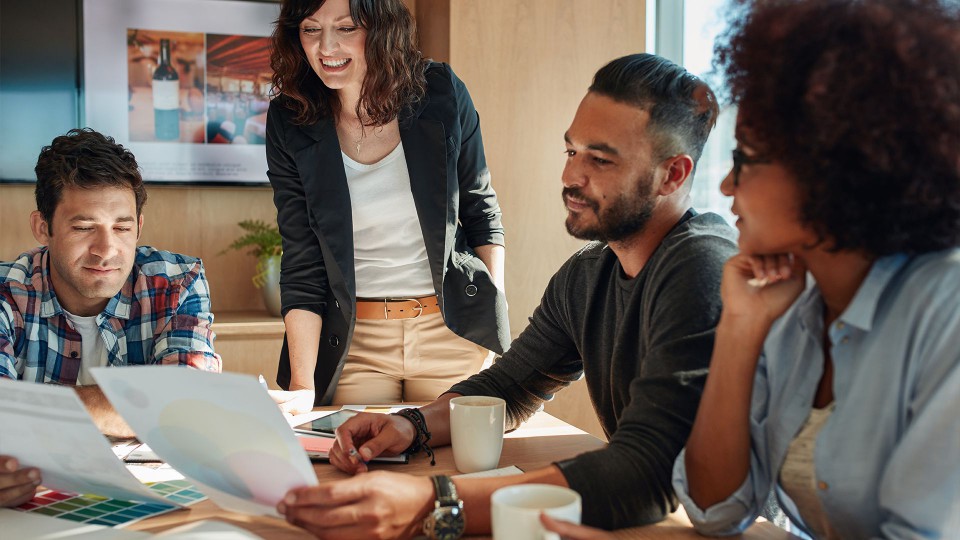 How Do These Language Skills Help You In Your Future Career?