Guide To Learning English Pronunciation in 2021 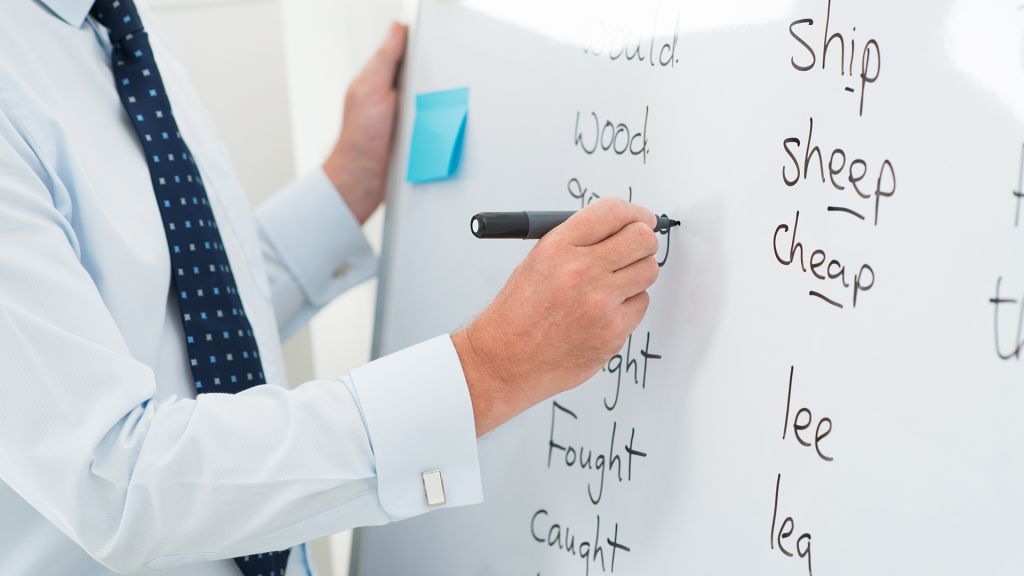 As a general rule of English learning, knowing a few words well is superior to know a large number of words, but not knowing how to express them properly. Pronunciation is the doorway to the greater expression of words you use.

Read on to find your ultimate guide of English pronunciation learning in 2021!

How To Learn The Pronunciation of English Words?

English pronunciation practice should be taken step by step in order to master it.

Here’s a step-by-step guide that will make you learn how to pronounce English words correctly:

Starting from scratch, you have to learn what every letter sounds like.

Listen to audio material that teaches the alphabet.

You may think you can skip this part but actually, it helps big time.

differentiating between them will familiarize you with how words pronounce English correctly.

Listening comes before speaking. In order to master the speaking part, you have to listen to English audio as much as you can.

This can be done by listening to podcasts, songs, movies, interviews, and news reports.

Listen to slowly speaking audios and repeat what you hear word by word exactly how the speaker pronounces it.

That will be easier if you listen to enough English, as you’ll find yourself imitating what you’ve been immersed in.

It’ll be like writing the word in your mind before saying it. It’s going to take time at first but later on,

you’ll find yourself doing this by habit.

Practicing is your key to learning flawless English pronunciation.

force yourself to talk with a friend in English,

or simply speaking to yourself in English every once in a while. Practice makes perfect, right?

How To Improve My English Pronunciation

After the English student acquires the knowledge basically pronunciation,

Improving your English English pronunciation comes from constant practicing, so make sure to practice daily.

Pro-tip: record yourself speaking English and listen to it after you’re done,

it’ll help you detect mistakes as well as the improvement in your pronounce English correctly.

Fortunately, improving your English pronunciation pays off after considering some simple tips.

Why You Should Improve Your English Pronunciation

You should pay more attention to your English pronunciation and do your best to improve it for the following reasons:

As an effective way of learning what to do, you learn what not to do.

Avoiding common pronunciation mistakes will make you level up faster. These common mistakes include:

Many languages don’t require pronouncing the last part of the word, but in English, it determines the sense you’re talking in.

Saying “I watch TV” is how you express a habit of yours,

while “I watched TV” is expressing an action that took place and ended,

Just like ignoring part of the word is wrong, pronouncing each letter in a word can be wrong too.

The word “business” is not pronounced “busy-ness” as it should! We ignore the “i” sound in the middle.

Another example is “breakfast”, the “ea” sound is often pronounced “ee” just like in “meal”,

and the “a” sound is “aa” just like “past”. However, “breakfast” is pronounced as “Break-fist”.

It might be confusing at first, but immersing yourself in English listening will make this problem undetectable.

In English, two words can be written in the same spelling and have different pronunciations, due to their different word stressing.

Word stressing can alter the meaning of the word completely.

For example, when you stress the first syllabus of the word “CONtent” it’s a noun that means something that’s contained.

However, when we stress the last syllabus “conTENT” it’s a verb that means sure about something.

The English language is full of tongue twisters, especially in words that contain both “L” and “R”.

I mean, pronouncing “parallel” is not a piece of cake, is it?

You have to avoid this mistake by practicing pronouncing English until your tongue is familiar with all the twisters.

It’s important to pronounce the vowels in their right length not to alter the word’s meaning.

Think about “rich” if you pronounce the “i” longer than you should, it becomes “reach” which is a completely different word.

This is a fatal error that you should be aware of.

How To Improve Pronunciation Skills In English Online

Studying English online has been going on for a long time now.

It’s an efficient way to work on your English level according to a flexible schedule and without leaving your house.

Sign up for an online English pronunciation course that matches your level.

and start sense the improvement yourself after few classes.2

The internet is a gold mine for everyone who is trying to learn English.

You have unlimited access to visual and audio materials that can help you to improve your pronunciation level.

Listening to podcasts in different accents will help you differentiate between them,

There are multiple websites that work as conversation clubs for students all around the world.

They give the English learners the chance to connect with each other and practice English online.

You can use Meetup to find people with the same goals of learning English and have a real interaction.

although that lets you practice what you have learned so far.

Downloading English transcripts can help you practice your pronunciation level by speaking the words,

then listening to its audio version to compare and learn from your mistakes.

Luckily, you can also have access to that online.

Sign up for Studio English English Tutoring Courses and get in touch with professional tutors.

can help you improve your English pronunciation online.

How To Pronounce Words In American English

In order to learn how to pronounce words in American English,

you will need to know some basics of how American English is pronounced.

The letter “t” in the middle of a word can be pronounced like a fast “d”.

Words like: civilization, organization, authorization, and globalization are pronounced differently in American English,

by ignoring the “i” sound at the end of the word.

Note that words like “authorize” and “organize” are pronounced, the same in both British and American English.

Unlike the British, Americans tend to pronounce “r”s in a strong form.

It’s visibly pronounced whether it’s in the beginning, middle, or end of a word.

American English tends to pronounce words with “a” in the middle differently than British English.

The word “laugh” is somewhat flat in American English unlike it is in British. The same goes for chance, can’t, after, and chance.

Paying attention to these differences and so much more will make you improve your American accent.

For more tips, check out this informative video of how to Sound More Natural in American English in 36 Minutes and start practicing what you learn.

We hope that you’ve found this article helpful so far!

Share it or pin it to your Pinterest to go back for reference on how to improve your English pronunciation!

HOW TO SPEAK ENGLISH FLUENTLY?

American Slang: A Very Easy Way That Works For Everyone

HOW TO SPEAK ENGLISH FLUENTLY?